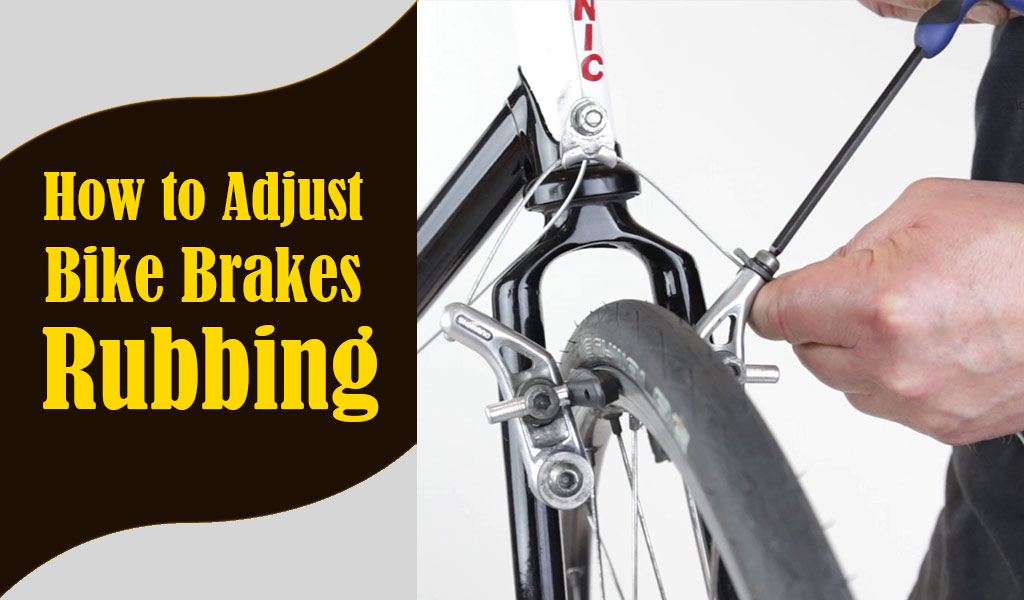 During motion, when the brake pads come in contact with the rims, it would not only reduce your pace, it would make the rims and the pads wear away quicker than usual, which would eventually make them lose their effectiveness.

Before you make any adjustments of modification, ensure that the sound which is as a result of rubbing is not a consequence of a much bigger issue.

You also need to make sure that the bike is placed upright, then loosen the grip on the wheel, and ensure that the axle is perfectly positioned in the dropouts. After this, you can tighten the release.

Doing this guarantees that the wheel is appropriately seated, and hence, would be the first check when you want to make any adjustments.

If you do not properly position the wheel of your bike, during the course of the axle being drawn into the dropouts, the axle could become bowed, which is a detrimental effect on the performance of the bike.

So, the wheel has to be best positioned in the center and clamped as fast and hard as possible.

This would show if the rim is distorted.

During the course of the spinning, if there is a change in the size of the gap, the rim is no longer in tune, so you would need to tweak the spokes before you go on.

With the rim problems being solved, also ensure that the brake is released fully and fast during the release of the lever.

If it is not as fast as it should be, then it could mean that the cables are either dirty or dry, or probably the arm or lever mechanism of the brake is dirty or not in a good shape.

In cases like these, it would be advisable to oil the cables, even though it is an old method.

In addition to this, ensure that there is no debris trapped in the rim’s rubbings and the pads.

You can remove this with the pointed end of a knife, or a screwdriver.

The pads might have been also displaced from the original point, so by holding the brake, you would see where the fault is.

Their surface area should come in contact with the rim if not, it is advised to make sure the brake pads align.

Furthermore, make sure that the brake arm reacts by moving back when it is pushed, if it does not, then it implies that the spring might either be out of position, broken or loose.

The V-brakes are in place to ensure that there is an extension of the spring up to the side of the brake arm.

Carrying out these procedures might be a bit confusing to first-time users. However, with continuous practice, and the help of a professional alongside, your bike brakes would be in good shape.